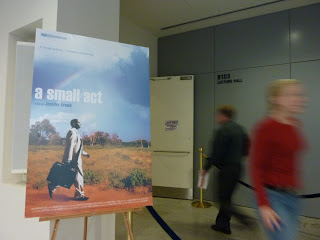 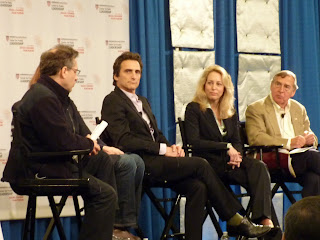 Photos:
A SMALL ACT poster outside the screening room.
Panel discussion from COUNTDOWN TO ZERO, (which also participated at the forum) with Peter Galison, Diane Weyerman, Lawrence Bender, Valerie Plame Wilson and Graham Allison.
Posted by harambee media at 6:50 AM